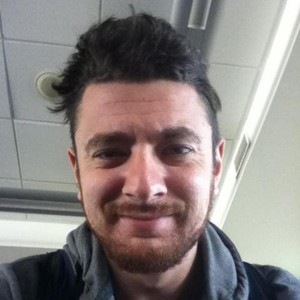 Nowadays, people choose to travel in so many different forms. Solo and independent travel is seen as the most adventurous option. However, there are other ways to travel that can be adventurous but make you feel safe at the same time. That is “group travel”, a trend that is catching on of late in Europe.

Some of you might be reading this and may quickly dismiss the possible notion of group travel, but it doesn’t matter how stubborn and independent you are, group travel, especially in Europe has some great benefits.

Europe provides invaluable history, a rich amount of culture and a variety of different paths and routes to choose from. But saying that, most of Europe doesn’t come cheap, so it’s important to make the most of your time there. So, if you’re thinking of heading to the capital continent take a quick read of why travelling Europe is a lot more fun in a group.

In Western Europe, such as the UK, France, Germany, Italy and Spain, prices for the must-see attractions, as well as all your commodities can be expensive. Europe isn’t the cheapest place to travel, especially when you compare the prices with Southeast Asia or parts of Central and South America, so saving a dollar or two goes a long way. Group travel means sharing costs, so you’ll be able to see more and travel for longer.

It depends a lot on your personality, but for some eating out alone sometimes isn’t the most amazing of experiences. With Europe having countries that produce some of the best food in the world, trying those delicious cuisines is a must for anyone.

The eating part of travelling in groups becomes an experience. Sharing plates make the costs cheaper, but the food options larger. And if you’re in Italy, getting a couple of traditional pizzas to share will cost each person next to nothing. It maybe a pain to settle the bill in a large group especially if everyone wants to pay separately, but at the end of the day, eating isn’t just a necessity it becomes a fun experience.

“Pay the same amount for a shared private with your group”

If you’re on a budget, travelling solo or with a friend. You’ll probably go to a hostel to save some money. Accommodation prices for private rooms in Europe are always a tad high for budget and independent travellers. But, if you’re group-travelling Europe, you could get a couple of private rooms for the night and share the costs for the same price!

If you can pay the same amount for a shared private with your group, why not! 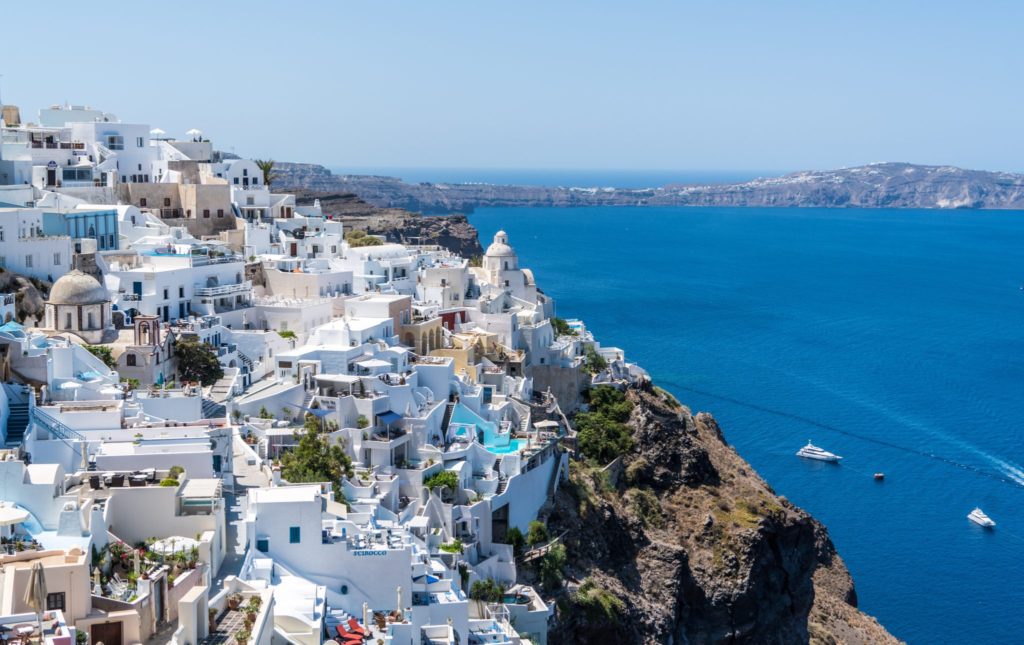 “Asking for directions to locals won’t be difficult”

The more people in your group, the higher the chance that at least one of them knows a bit of the local language. And if we also consider the demographics of each traveller in a group, at least one savvy traveller will do a bit of learning and research before they go overseas. This means fewer problems for you asking for directions or something else from the locals, and having a better and smoother all-round travel experience.

“Travelling alone could be scary for some”

If you’re keen to go off the beaten path in Europe, or perhaps over to some countries in Eastern Europe, doing it in a group won’t seem as daunting. You’ll all be in the experience together, so if there are any unforeseen problems, you can work it out as a group. Going alone might be scary for some because you’re all alone, but group travel minuses that issue.

6. Being A Loner Won’t Happen

“You’ll always have someone with you”

In Europe, the number of different trails and routes you can take are many. You can start from London and head west into France, or maybe from Greece up to Eastern Europe. Unlike well-trodden paths in Southeast Asia and parts of South America, where they have the ‘banana pancake route’ or the ‘gringo trail’.

Europe is a little more complex than that. So, if you’re travelling in a group you’ll always have your fellow travel friends, meaning your courage to go to places will be unlimited, because you’ll always have someone there with you. 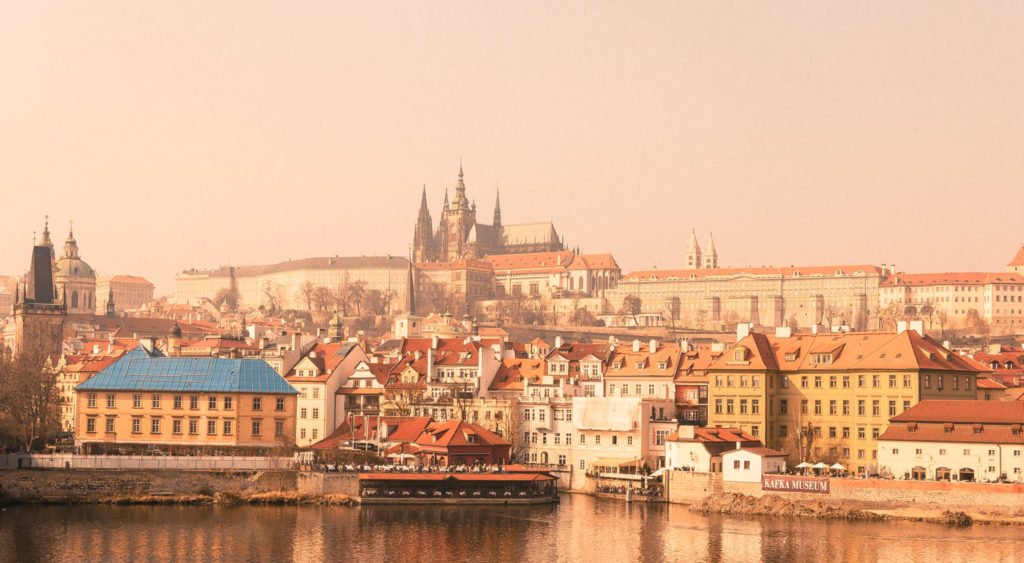 7. Travelling From A to B Won’t Suck As Much

“You’ll have a familiar shoulder to sleep on”

We’ve all had that experience of that long bus or train journey sitting next to a stranger. This situation can be a bit uncomfortable and awkward sometimes. But if you’re with your travel group in Europe, when them Inter-rail journeys take place or the buses over boarders, you’ll have their shoulder to sleep on and their company to keep your journeys as amicable as possible.

8. Nights Out Will Always Be Lively

“A good night out will always be buzzing”

Group travel anywhere can become almost like a family, and when the days have been long, a good night out will always be buzzing. In Europe especially, where you’ve got some of the best bars and nightclubs, going out in a group will be something you can do with ease. No one likes to be alone in the dark at night in a foreign country, but as long as you keep an eye on each other, nights out in Europe will be a doddle!

9. Someone Will Always Be There To Take Your Photo

Must of us love getting our photo taken when we travel. With social media at every turn, we like posting photos of our whereabouts to share with family and friends back home. So, instead of awkwardly asking a stranger to take a photo, which may turn out pretty bad, our travel group friends will be there to get you in the exact frame you seek. 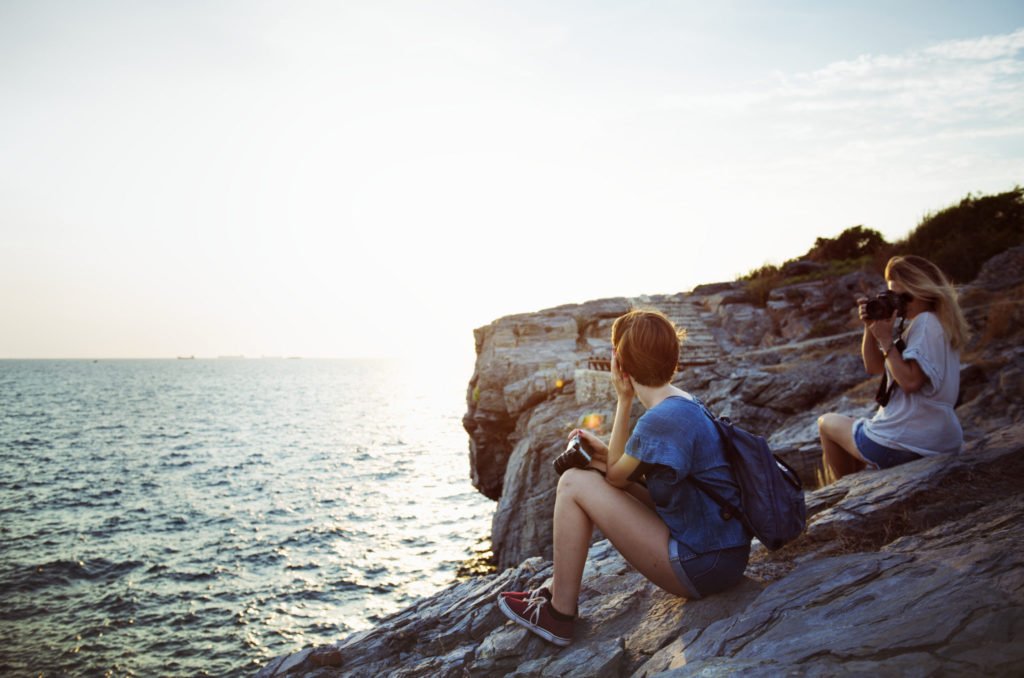 Some places give discounts to groups, so why not planning some sightseeing together. Trailing around in a group can also be more fun, and you’ll learn more of what each person thinks about the attractions you are witnessing. On the flip-side, let’s face it, not everyone is a history buff. But if you’ve had enough of your cultural kicks, you can happily let the group go without you whilst you kick back and have some time for yourself. I mean, of course go visit the Colosseum or the Louvre, but if you’re not feeling something one day, regroup later.

If after reading this list you decided to join a group or create your own for your next trip to Europe, just go to the “Groups” tab in Travello App and join the Backpackers Europe group to meet some travellers like you. Or you can also create your own Meetup withing the app and invite some people to join you in your next adventure.