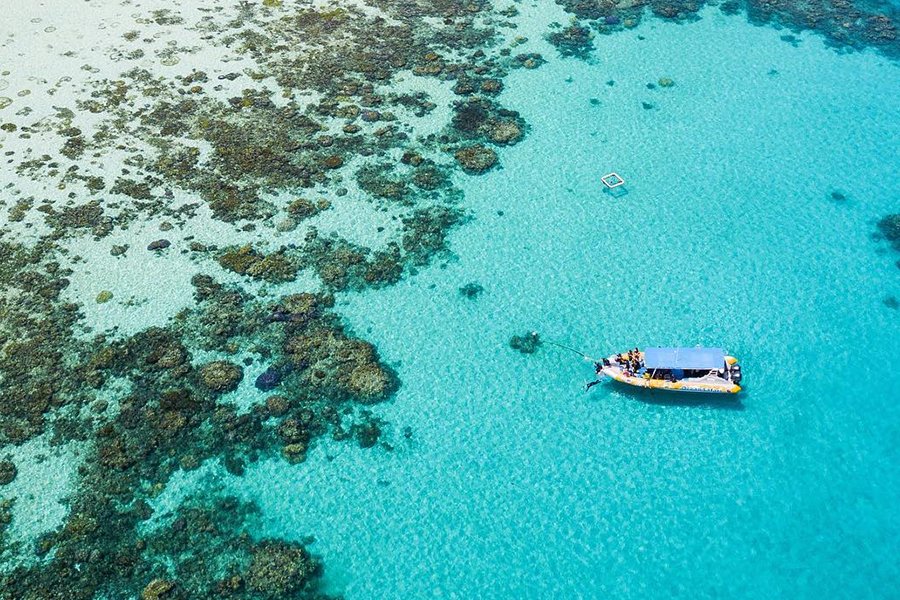 The two winners of the Travello contest, Natalie & Tom, have an amazing journey ahead of them in Australia. They started off, on Friday the 19th of October, when they met up in Cairns, in Queensland. So how did it go when two complete strangers met up to embark on an epic adventure, and at the same time sleep in the same car?

However, the day before they flew out to meet up in person for the first time they were actually interviewed on LIVE national television on Australia’s leading morning show The Today Show. Watch the full interview below, it is pretty funny.

So here’s an update on what they have been up to on their first week:

After finally meeting each other on the day of their arrival in Cairns, both Natalie and Tom could quickly tell that they would get along just fine (which would then save them from some awkward 47 days together). Before starting their journey, Kate from Tourism Tropical North Queensland gave them a rundown of their destination, Cape Tribulation, and what to see and do there. She also explained that that Cape Tribulation is the only place in the world where you can experience two world heritage sites meeting, the two world heritage sites being the Wet Tropics Rainforest and the Great Barrier Reef. 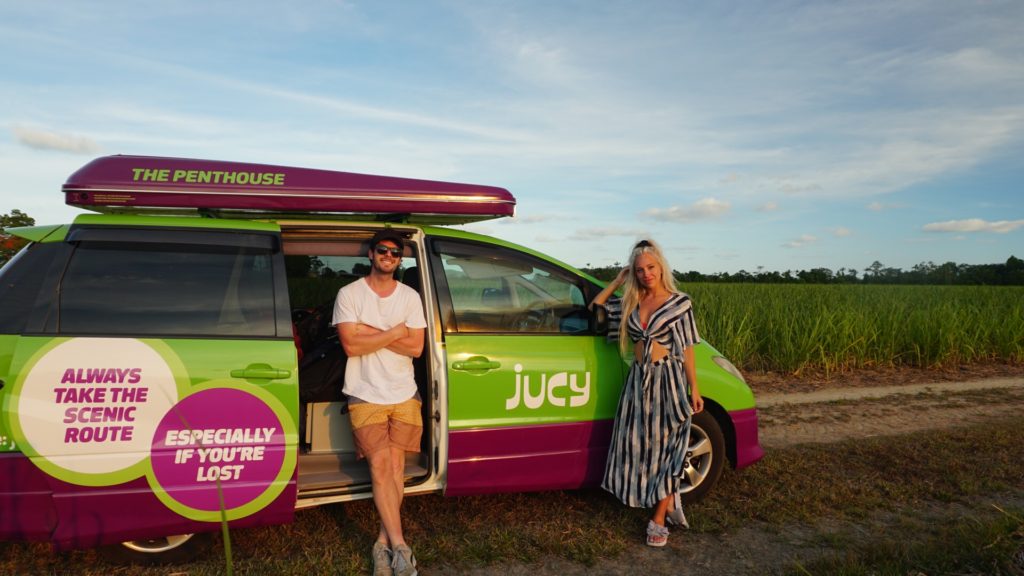 Jucy gave them the keys for their new home for the next weeks – a Jucy van Champ. This is a fully equipped van that comes with a small kitchen sink, fridge, gas cooker, a bed inside the car and on top of the roof, in a pop-up tent. With the Jucy van packed and ready, Natalie and Tom drove a bit further up north before they crossed a river with a ferry to reach Cape Tribulation. Here, they tucked in for the night at the Safari Lodge campground, in their Jucy van pop-up tent.

After some tips of what to see and do from the guys at Ocean Safari, Natalie and Tom explored Cape Tribulation and its beautiful beaches. Cape Tribulation is a headland within the Daintree National Park, which is famous for its remote and stunning beaches. Tom found a waterhole where he enjoyed a rope swing into the water, whilst Natalie explored the rainforest further as she found a colorful cassowary to follow. The cassowary is the third-tallest bird in the world and can be quite dangerous if provoked, but Natalie managed to keep herself safe whilst taking in the sight. After enjoying the beaches and the tropical rainforest, they spent the second night at the Safari Lodge campground.

Natalie and Tom got to see the magnificent Great Barrier Reef, which is the world’s largest coral reef. It can even be seen from space! The tour was organised by Reef Magic Cruises, who took them out to explore the outer reef.  They went snorkelling and managed to get up and close with colourful fish and sea turtles.

The next stop on their itinerary was Port Douglas. They got to explore the town, and Tom introduced Nat to a very Australian activity – cane toad racing! These races are organised at several bars, and you can take part in it by placing your bet on a toad. The toads are placed in the middle of a dance floor, and the first toad that leaves the dance floor is the winner. They say that if you kiss the toad it brings luck!

Natalie and Tom got to explore the Daintree Rainforest with the tour company Daintree Tours (with Raging Thunder). The Daintree Rainforest is part of the Wet Tropics Rainforest, which is the oldest surviving rainforest in the world. After venturing through the rainforest they were taken to a beach to enjoy some morning tea, before continuing on a crocodile cruise where they spotted a crocodile on the riverbank. They ended the trip with a stop at the Mossman Gorge where they enjoyed a dip in the cool water. Back in Port Douglas they checked out the boutiques, bars and restaurants before going to bed in their Jucy van pop-up tent.

Natalie and Tom woke up early for their hot air balloon tour with Raging Thunder, which started at 4 am., but the early wake-up call was worth it as they got to experience a beautiful sunrise from above. They flew over the Mareeba Valley on the Atherton Tablelands, which is in an area of Australia that has over 300 sunny days per year. They even spotted some wild kangaroos jumping across the valley below them! After the scenic flight, that lasted for about 30 minutes, they enjoyed a champagne breakfast back on the ground, which is included in the tour. After the tour they drove to Mission Beach where they set up camp for the night on YHA’s campground.

Another action-packed day for Natalie and Tom as they embarked on a white-water rafting tour with Raging Thunder on the Tully River. The river is considered one of the best rafting spots in Australia, and has grade 3-4 level rapids, that go through the World Heritage Rainforest – a truly unique way to experience the Rainforest. After getting soaked and experiencing the exhilarating rapids, Natalie and Tom enjoyed a BBQ lunch with the group, which is also included in the tour. The night was spent in the Jucy van on YHA’s campground, along the beautiful Mission Beach.

Natalie and Tom drove their Jucy Van 240 km. to reach the Breakwater Marina in Townsville, from where the ferry goes to Magnetic Island. Magnetic Island is a World Heritage site, that is located on the Great Barrier Reef, and is known for its granite boulders all over the island. Natalie and Tom spent their afternoon exploring the island, feeding some rock wallabies they found among the boulders, and snorkeling by shipwrecks (a popular tourist attraction).  They checked into the YHA Bungalow Bay Koala, which is the only resort in Australia with its own wildlife park. At the park guests get to hold koalas and see wombats up close – the perfect Australian experience!