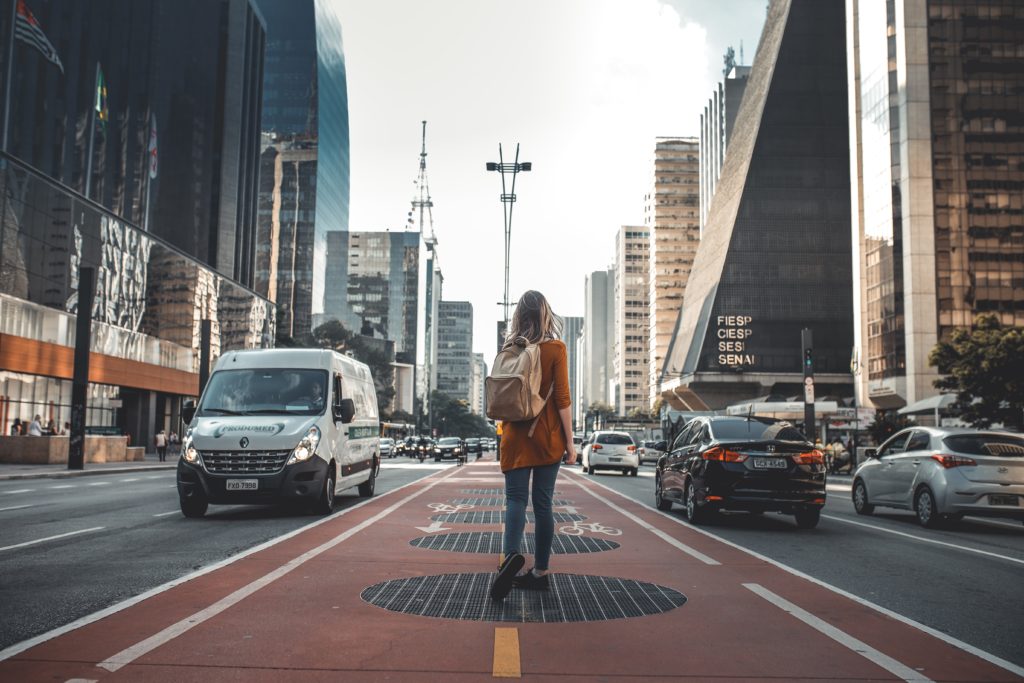 Our second addition to our travel blogger series has arrived! For this sequel, we decided to introduce some phenomenal female travel bloggers, vloggers, and photographers who we recommend you follow to ignite that travel spark. As promised, our lists don’t include famed travel social influencers alone; instead, we’ve compiled a combination of very popular influencers and others that are just in the beginning stages.

Before diving into today’s series, if you missed our debut article, we recommend you check it out and see our travel blogger/vlogger/photographer picklist for the first week.

If you are a travel blogger, vlogger, photographer or influencer that would like to be featured in our next series, please apply here.

“Being a female and not having a travel companion shouldn’t stop anyone from taking a plane to an unknown place. It’s a reason to explore the world with eager eyes and an open heart”.

Some people might have the idea that solo female travellers are few, rare and brave, however, if you go to any search engine, social media platform, or image collection database and type the word ‘solo traveller’, the search will result in a massive list of both male and female travellers. There are also countless Facebook groups specifically for females travelling solo with thousands of members, pictures of women that fill pages on stock image sites, and hundreds of articles popping up from avid female solo travel bloggers. Case in point, it is not rare anymore for females to travel alone.

Even though we agree with the idea that women travelling solo are brave, we don’t think it is because the world is something to fear due to gender, we see them as brave for their ability to acknowledge and pursue their passion. In the end, travelling comes down to an individual’s desire to visit new cultures and experience the world for what it has to offer; and gender doesn’t play a role when we admire the cultures of the world. Females are just like any other travellers; they pick a destination, wander, explore, and experience the culture of that destination the same way.

The women on this list have a purpose tied in with their passion. They are trying to find their uniqueness in their individual desire for travelling, chasing adventure and fulfilling their dreams. Some of them make a point to make connections with the people during their trip, while other bloggers choose to look at the sustainability of travel and educate others on its importance. No matter the focus of impact, these women have us inspired to follow our dreams. They show that limits don’t exist and if we want to make our mark on the world while travelling, we can.

So sit on the edge of your seat and get ready to be blown away by these adventurous female solo travellers.

Living the typical life and occasionally travelling wasn't the life for Apple. Last year she quit her job and decided her permanent address wouldn't exist. As a citizen of the world, she has a relentless passion for travelling. She's an avid Travello user and inspires many users across the platform that travelling is possible for anyone willing to step out of their boundaries.

Not all those who wander are lost - J.R.R. Tolkien

"This above quote describes my passion for travelling. A travel lover is no different to a wanderer, and I consider myself one, but it doesn't mean that I am lost because I travel to wander and be wondered by everything this world could offer! Riyadh has been my home for ten years but since quitting my job last year, I became a person with no permanent address but we're all citizens of the world, right? Some people may not have goals set out, but that is okay- it's the journey that matters."

Have you ever felt like travelling can sometimes be messy? You’re not alone. Things hardly ever go as planned during travels, and A Truthful Traveler was created out of my mishaps during my adventures around the globe. I’m Samantha, and I created A Truthful Traveler after my three-week European honeymoon last year, where it seemed like every day we made a mistake...or five.

I am an educator turned travel blogger, wife and fur mommy, and love sharing the ups and downs of travels: from road trips to backpacking adventures, and from tropical destinations to cold winter hikes. I can usually be found outside, in nature, where I feel the most at home. Part of my mission has become to share all the beautiful places I have been in the hopes that it will get others interested in all that the outdoors has to offer, and with their growing love they will do their best to protect it!

“Travel is hardly ever perfect. Like everything else in life, it is filled with bumps along the way, mistakes and hilarious moments. That is why I started A Truthful Traveler, to paint an honest picture of travel and show the beautiful mess that it usually is!”

"Lilly's just an old person in a young body, making her way around the globe one place at a time. Born with the travel bug in Washington, DC, she's travelled to Europe and South America and has a whole world of a bucket list.

From exploring walled medieval villages to relaxing on the beach with a local beer, she's a new travel blogger looking to fill people in on her adventures to help make the most out of theirs. Focusing on the architecture, museums, city activities and the local life of the places she travels, she aims to give others tips, tricks and advice on travelling and destinations. She also strives to encourage love between different cultures and to make the world a happier place. If she helps others travel and become better people, she's done her job.

Travelling for the stars isn't just for old souls - if you need the inside scoop on vegetarian, female, or budget travel, you have to follow her.

I’d love to have my family’s legacy be travelling and collecting stamps. It would give me the excuse to visit everywhere and experience the world in a new light. For Lola that’s exactly the case. Experiencing other cultures is her addiction and as a result she’s visited fifty-four countries focusing on sustainable travel practices.
Lola is a successful freelance writer with many publications and member of accredited writing groups. Her blog’s focal point is to make an impact. Her passion for travelling started at a young age while visiting South America. Some of her writing interests include gender equality, sustainable travel, and documenting her experiences abroad.
On her blog you’ll find excerpts about five continents, travel tips, and other travel segments such as food, resources, luxury, and wellness.

Natalie Marie is a travel blogger and photographer from Melbourne, Australia with a severe case of wanderlust. Anyone looking for inspirational travel posts should definitely follow Natalie’s blog.

Tily Travels is a travel blog filled with stories of her journeys and tourist information; also infused with her love of photography, wildlife, street art, and festivals in faraway places.

We often wonder how to experience life without being caught up in our careers, tasks, and daily checklists.
Lisa is a woman who finds solace in adventure proving to others that societal norms can be overcome. It's her personal mission to encourage and inspire those around her with original artistic works. In her blog, she emphasizes photography and documents her personal adventures.

"I want to encourage people who are middle-aged to be active and get out and explore the world. For so many of us, other things have taken over our lives in the past. It may have been our families, work, health or something else. We all need to do things for ourselves."

A born drifter with no real place to pin her down, Kat’s one direction in life is to meet and connect with other people. Her wanderlust seems to stem from her determination to learn a little bit about everything with no specific goal in mind other than finding the unknown completely fascinating. She’s always held a passion to connect with people through in-person interactions, social media, or her blog. Her blog is a place for her to share the knowledge she’s gained from travelling and connecting with people. Although she’s studying for her degree in hospitality management the only path she’s decided to take is wherever her wanderlust takes her. 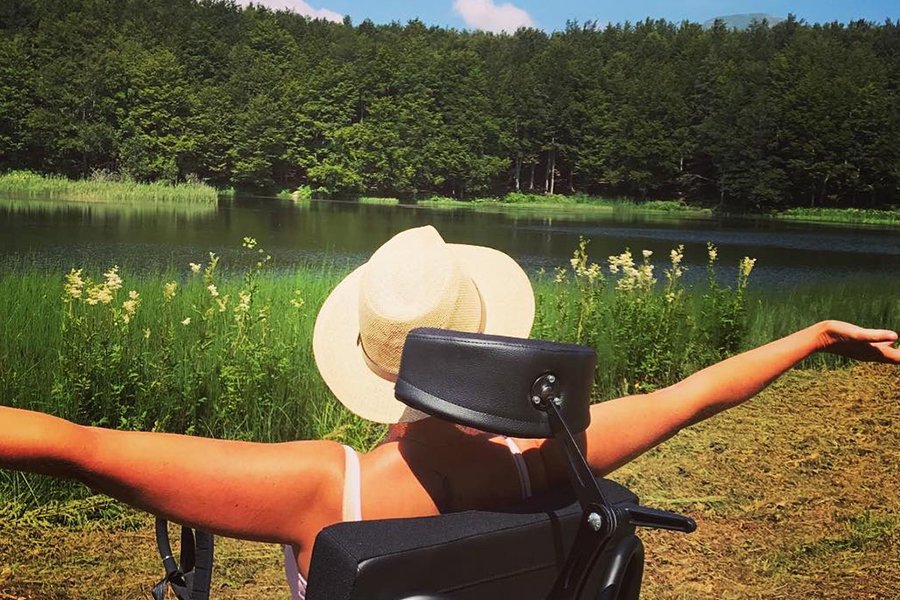 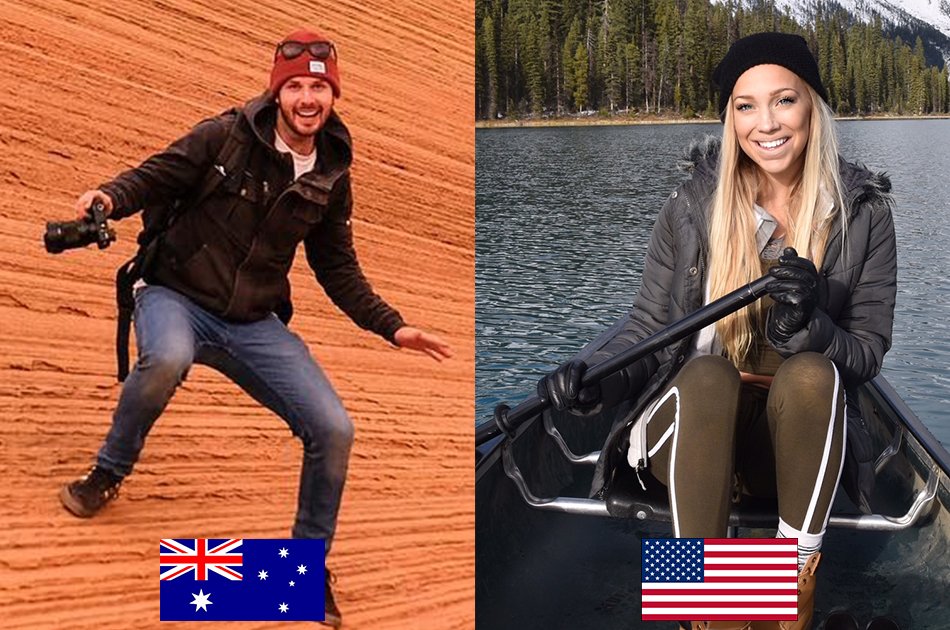 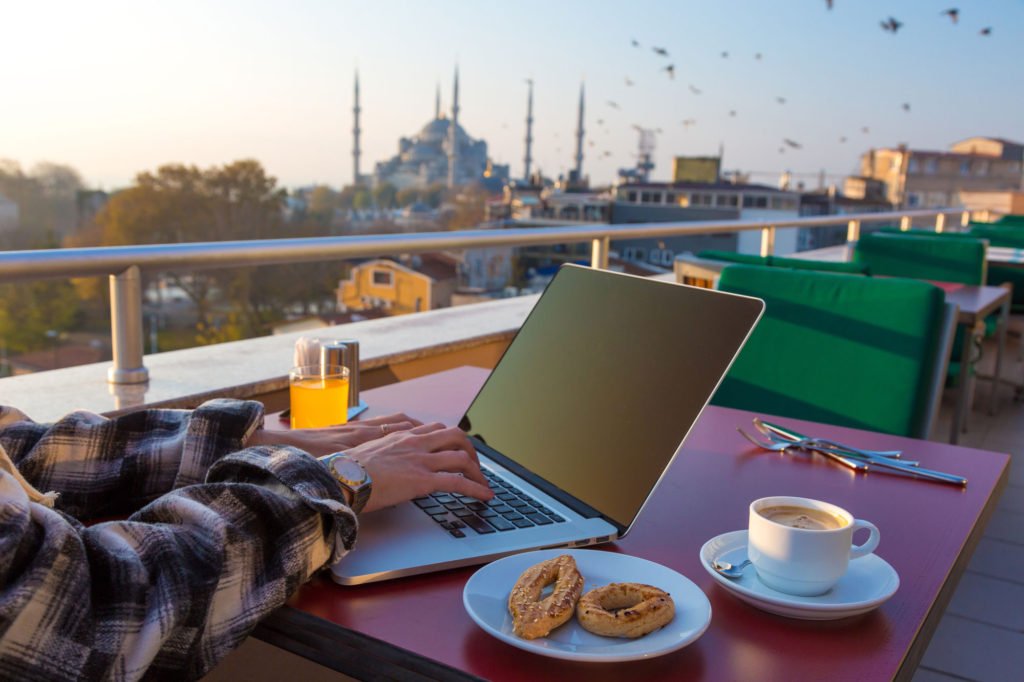 Sam Lindner, May 3, 2018
This website uses cookies to improve your experience. We'll assume you're ok with this, but you can opt-out if you wish.Accept Read More